equipped with air or steel spring suspension system for the steer axle.  Due to the modular design, our products are flexible and can be individually adapted to most types of vehicles excluding leaf spring suspensions. 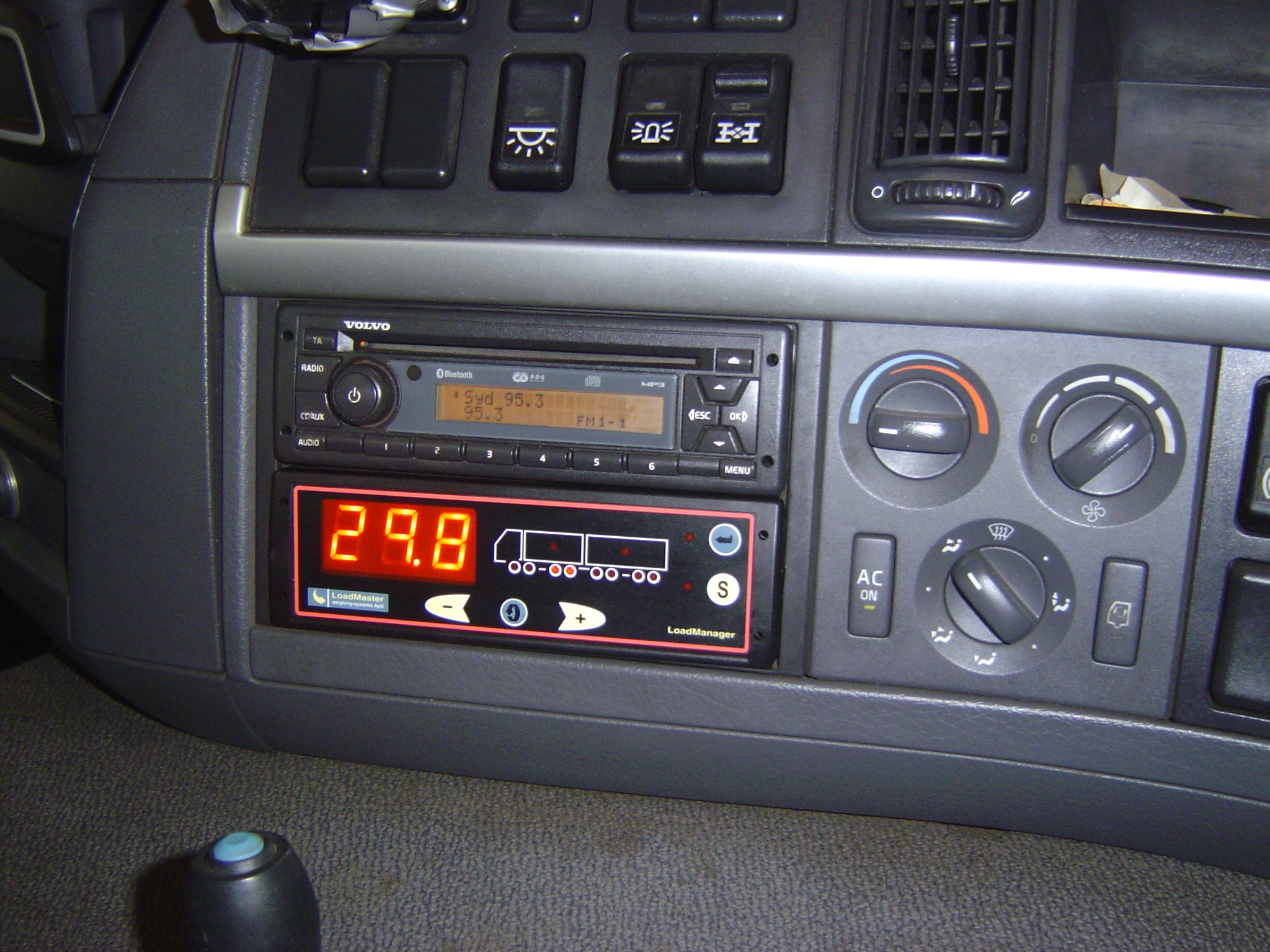 Alarms when limits are exceeded

The Compuload Load-manager Truck Scale display offers 2 individually adjustable alarms levels:
Alarm 1 is indicated by flashing diodes for individual axle which has exceeded limits.
Alarm 2 switches on an internal electronic “relay” when the GWT for vehicle is exceeded.  This  signal can be used as ON/OFF input for other units, for example an On-Board computer.

On all vehicles you get optimal accuracy with two Independent air inlets for each axle, one for the pneumatic Circuits (right and left) per axle or axle group.  The Compuload Load-manager Truck Scale calculates the current load on each axle from two reference values LO and HI.  Using a single sensor on the front axle typically offers you the same accuracy compared with an front axle air

Compuload Load-manager Truck Scale is exactly as flexible as your vehicle:

ü  Do you have a truck equipped with steel springs on the front axle and air suspension on the rear axles combined with a lift axle?

ü  Do you have a truck with 2 front axles equipped with steel springs and two rear axles divided in left hand and right hand air circuits?

ü  Do you want to couple a trailer or semi trailer on the above vehicles?

ü  Do you want to swap from one trailer to other trailer?

Compuload Load-manager Truck Scale has printing options via either RS232 com’s port and can be used with the Compuload 4070 compact printer.

How does it work?

Airbag pressure is proportional with the load on the axle.  Levelling value regulates the air volume in the airbag, so ride height remains the same.  Mechanical suspension is common on many trucks.  A strain gauge (SG) sensor is mounted directly on the axle beam or on the parabolic springs.  Accuracy is the same as air suspension sensors.