What Is Machine Control 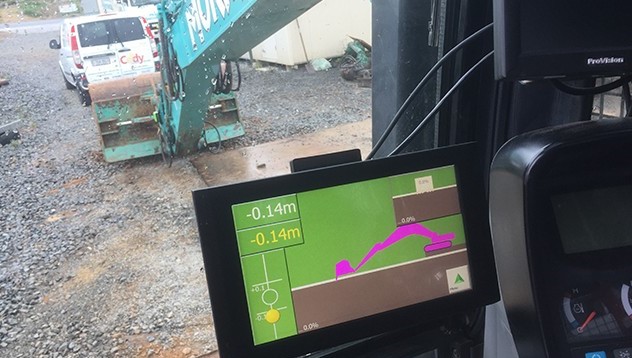 What is Machine Control?

Machine Control systems come in many forms these days, all as confusing as the last but to try and place such a question into a simple answer this is my attempt. Machine Control is the use of positioning tools and a display to provide a construction machinery operator with a reference between the position of the bucket or blade and the target grade.

With this simple concept in mind, there various Machine Control solutions on the market today which generally change the display inside the cab for the operator to determine easily and efficiently what is required to create the intended design.

When undertaking major civil works there are 3 levels of tools which are used for Machine Control, these help with the finished grade of work completed. These 3 uses are as follows.

Laser Machine Control – This is achieved by using a 360-degree rotating laser level, Single Slope Laser Level or Dual Grade Laser Level. This beam is then picked up by the Machine Control System to calculate elevation which is accurate to +/- 10 – 15mm.

What does GPS Stand for?

The acronym of GPS breaks down as (Global Positioning Systems) This is a worldwide positioning system which is run by the United States Department of Defence. It is open to general public for uses within the Construction, Survey and many other fields of use today. Alongside the GPS constellation there are many others these are as follows; GLONASS (Russian), BEIDOU (China), GALILEO (European), QZSS (Japan) and the newer NAVIC (Indian) Constellations.

How Does Machine Control Work?

Depending on which Machine you are using at the time depends on the amount of Machine Receivers placed on the outside of the Grader, excavator or other civil machinery. These Receivers are placed in specific positions on the body of the machines and need to maintain a clear view of the sky. Along with these mounted receivers there is also a separate GPS Receiver known as the Base Station which is mounted somewhere on the construction site. This Base Stations job is to transmit the corrections signal to the GPS Receivers mounted on the machinery. These correction signals are transmitted to the Machine Mounted Receivers and are necessary to achieve cm accuracy.

When a correction signal has been calculated on the machine mounted receivers this is then sent throughout the machine to determine the exact position of the machine’s buckets, blades or other ground-breaking attachments. Inside the cabin there is a mounted screen for a visual representation of all the data being calculated and will calculate the machines exact position.

Along with the calculations being done the display will also show the design and information of the job which has been uploaded by the engineer of the job. This allows you to see the current and desired positions to calculate a horizontal and vertical difference.

These plans are drawn up and can be modified by the jobs civil engineer and use the topographical survey of the job site performed by a qualified land surveyor.

Why you should have your own Machine Control System?

Machine Control Systems are not something which is new to the market, they have been around for many years and all along this timeline constant improvements, changes and innovations have been undertaken to further increase their benefits to the end user.

Some of these benefits which help justify outlaying the money required to get a Machine Control System on your equipment are as follows:

Decrease in operational costs –  such as, Fuel, Maintenance and repair or replacement of attachments – Again this is aided by the increase completion time of the job, if you’re able to get offsite twice as fast it, decreases the amount of wear and tear your machines undergo during a job.

Lower outsourcing costs – With the elimination of Surveyors needing to be brought in all the time to check levels and less staking out required, you will be able to save a ton of money per job by being able to check and work accurately to the jobs description from within the cab.

Increase Job Accuracy – with the proper Machine Control Solution on your machines you are able to work to a much more detailed level of finish for the job, this allows you to outshine your competitors and have a quality finished job site which means less call-backs to retouch up certain aspects of the job at a later date.

Reduction in material costs – With the ability to better manoeuvre your material around the site and with less double handling you will greatly reduce the amount of ordered in material for any job site whilst also increasing productivity and decreasing rework.